Folsom credits his boot camp experience for making his unit tough enough to withstand the horrors of the Pacific Theater, saying they were “put through hell.” His first major engagement was in the Battle of Tarawa, where he was in the second landing. “Pinky,” would return to Plymouth in January of 1946, and is now the last of eight men from Plymouth High School who enlisted together.

While our team missed the opportunity to honor Don and his fellow vets of November 11th we were honored to have had him join us via Zoom on Friday, November 13. 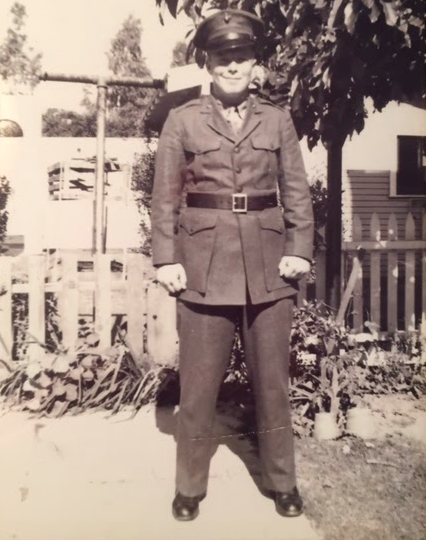