Sidney has been a consistent and underrated player throughout the season. Coming in as a junior, she immediately jumped into Middle spot and has given us positive offense all year. At the KLAA Tourney this weekend, she continued that trend with 10 kills and .380 hitting average, 93% serving with 4 aces, and strong blocking with 6 solo stuff blocks, 5 assists and another 11 positive touches on blocks. Sidney is a joy to coach and works hard everyday. 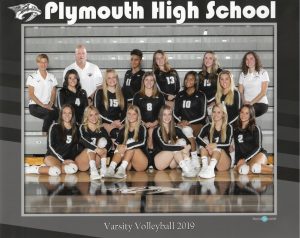 Avery stepped into a big role this week and was a stand out athlete at practices, Friday’s game and also had an outstanding half time performance. Avery is just coming back from a tough injury and is back and stronger and giving her all to her team. Photo: Michael Vasilnek 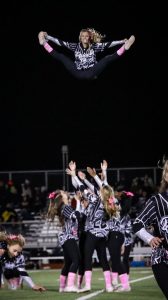 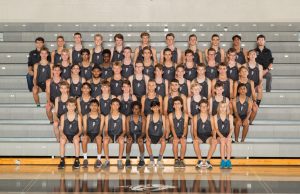